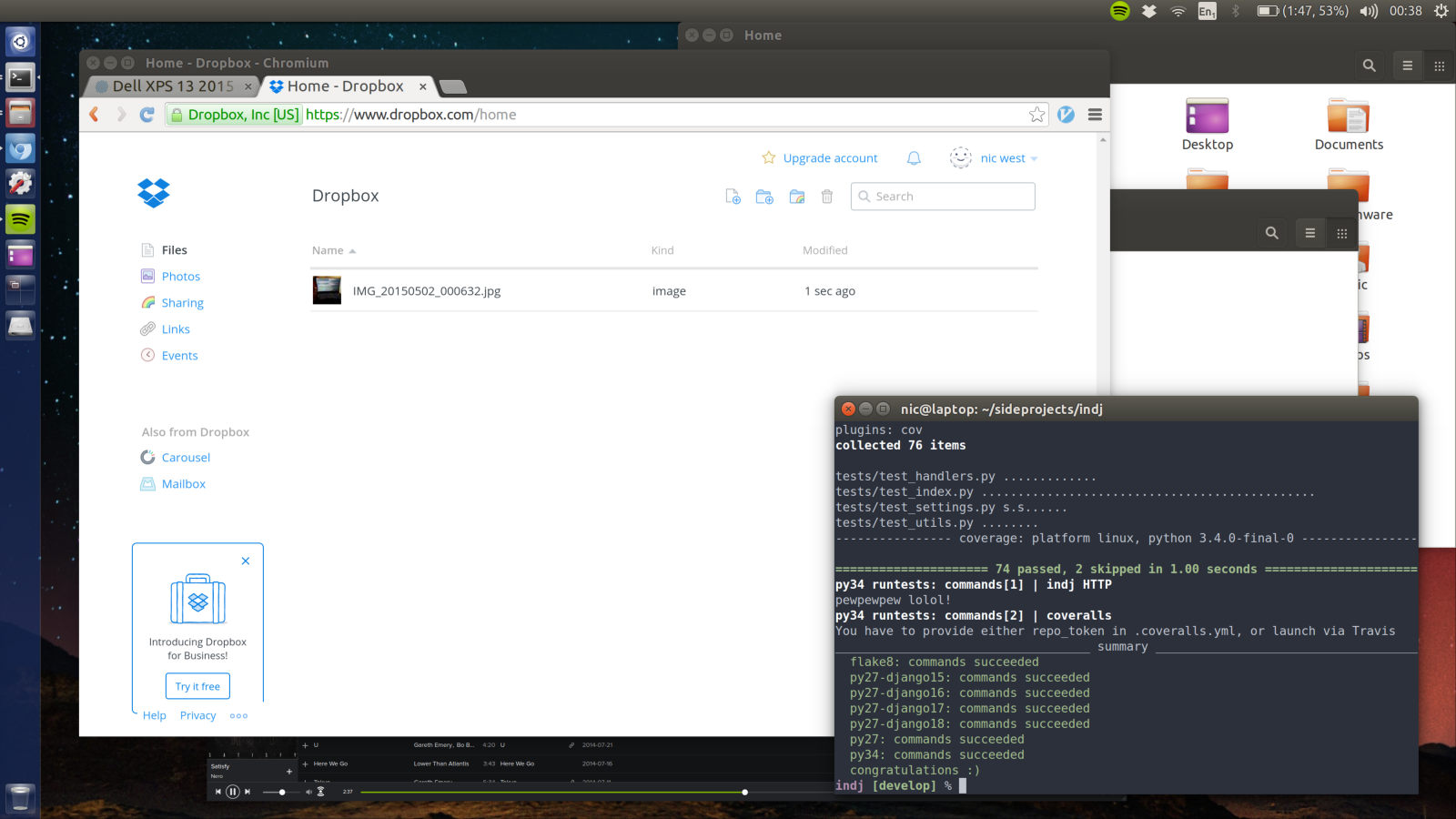 It doesn’t quite work out of the box, and there are couple of little things you have to do to get it working sensibly. Also there are a couple of rough edges like coming back after suspension and low dpi external displays that I still need to fix, but it’s 95% there.

The laptop bios has been updated several times since first release, as of writing this the most current release is A03. This came pre-installed on my machine so there was no need to install windows to update the bios (thank fuck!). To check the bios version reboot the machine and hold the F12 button at the screen with the Dell logo.

The first thing I noticed was that the touchpad was jerky and unresponsive. This fixed it’s self when I updated the kernel. I went with 3.19.6, the most recent non 4.0 kernel in the ubuntu mainline. You can make your own decisions here.

After updating the kernel I saw a marked improvement in the touchpad. It no longer seemed broken, just misconfigured. I used Alessio Treglia trackpad config from the xps13 support repo. This lives in /etc/X11/xorg.conf.d, don’t worry if the directory doesn’t exist just sudo mkdir /etc/X11/xorg.conf.d. After installing this restart the X server in your preferred method (logout, kill the process, reboot, etc) and the touch pad should work nicely.

Being able to quickly spin up VMs is important to my workflow. Grab the latest version of virtualbox as it has support for your newly upgraded kernel:

The host machine (laptop) kept crashing about 5 seconds after starting a new VM. This seems to be a known bug and the fix has been merged into the most recent versions of virtualbox. The only thing you need to do adjust your kernel boot parameters and add nosmap and nosmep and everything should work fine. The place to do this is in /etc/default/grub and the setting should be something like this:

afterwards you want to update the grub config with update-grub